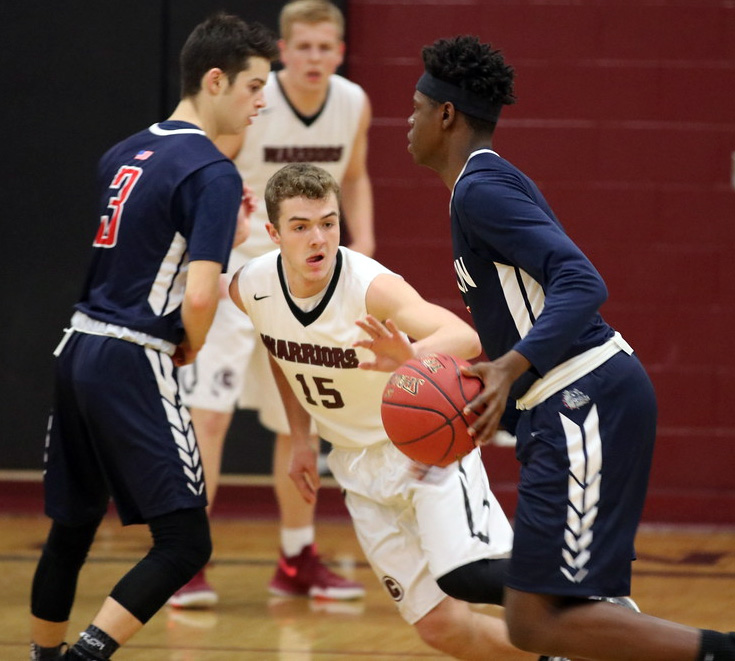 Canton (9-1, 7-1 NCCC) trailed Bolton by two at halftime but outscored the Bulldogs by 13 points in the third quarter to take the lead. Keating led the way with a game-high 14 points while Luke Brown had 11 points including three 3-point shots.

“It was a good hard-fought win for our guys last night,” Canton coach Craig Archambault said. “Bolton is a much improved team and they are playing really well this year.

“We had a great third quarter sparked by Jack Mansur who brought great energy on the defensive end and was able to knock a few (shots) down from the outside,” Archambault said. “I thought Tim Keating had a great offensive game as we have been encouraging him to be more aggressive on both ends of the court.  Those two guys stepped up when we needed it.”

Canton had eight 3-point shots in the game including a pair from Mansur in the third quarter. Matthew Rose added eight points for Canton. Dion Johnson led Bolton (6-5) with 14 points while John Tyrrell added 12. 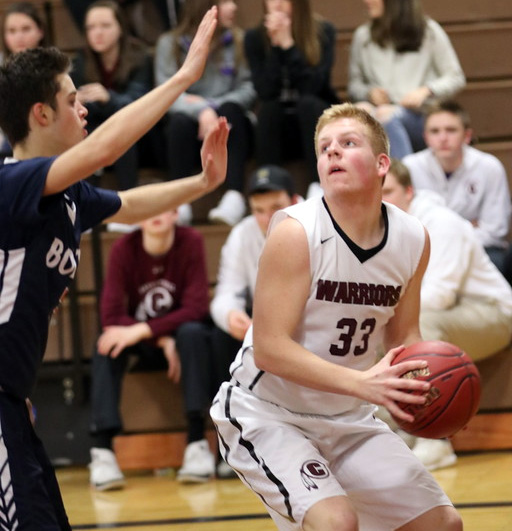 It was the first of three games this week for the Warriors. Canton travels to East Windsor (7-3, 5-2) on Wednesday for a 7 p.m. against the Panthers. They will close out the week with a big game against Hartford Classical at home on Friday at 7 p.m.

Canton and Classical are currently tied for second place in the league with 7-1 records in the NCCC, trailing undefeated Rockville (9-2, 8-0 NCCC).

“The league is very balanced this year and every night is a tough contest,” Archambault said. “I think nine of the 15 teams in the league are at .500 or better.   I am certainly proud of where we are at the mid-season, but we have a lot we can improve upon as our defense and execution needs to get better with every practice and every game.

“We are just taking it one league game at a time and focusing on East Windsor on Wednesday,” he said. “They have one of the best guards in the league in Marcus Goss and are a very well coached team.”