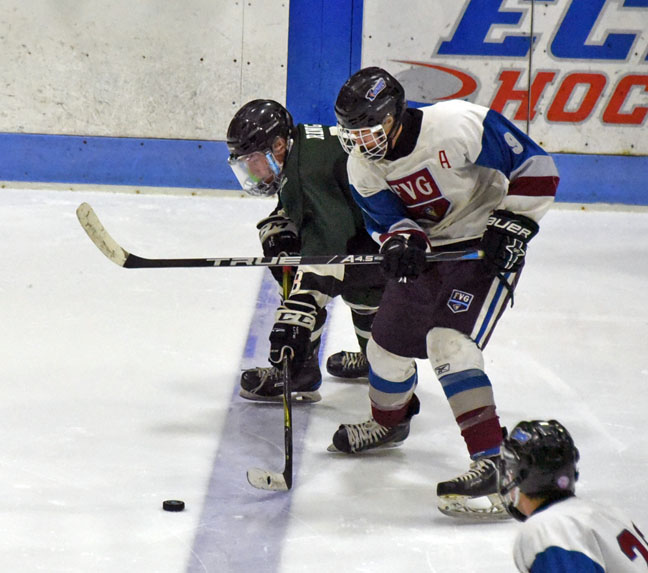 Peter Hoffman (9) battles for the puck in the Division II championship game in New Haven.

Hoffman was one of 11 Avon High players on the Farmington Valley team that won the Division II title with a dominating 7-3 win over Guilford. The Generals, made up of players from Avon, Farmington (7), Lewis Mills (3) and Windsor (1), went 22-3-1 and won the CCC North championship.

Downey finished third in diving at the Class M championship meet to earn All-State honors. He followed that by finishing fifth at the State Open, setting a new team record (11 dive competition) with a score of 451.4 points. It’s the highest finish ever by an Avon diver at the State Open.

Richard was a strong freestyle swimmer for the Falcons this year. He took third in the 50 freestyle at the Class M championships with a school record time of 22.39 seconds. He was also part of the 200 freestyle relay team (Justin Arroyo, Alec Traktovenko, Chris Chute, Richards) that was fourth in Class M and set a new school record of 1:31.58 a week later at the State Open.