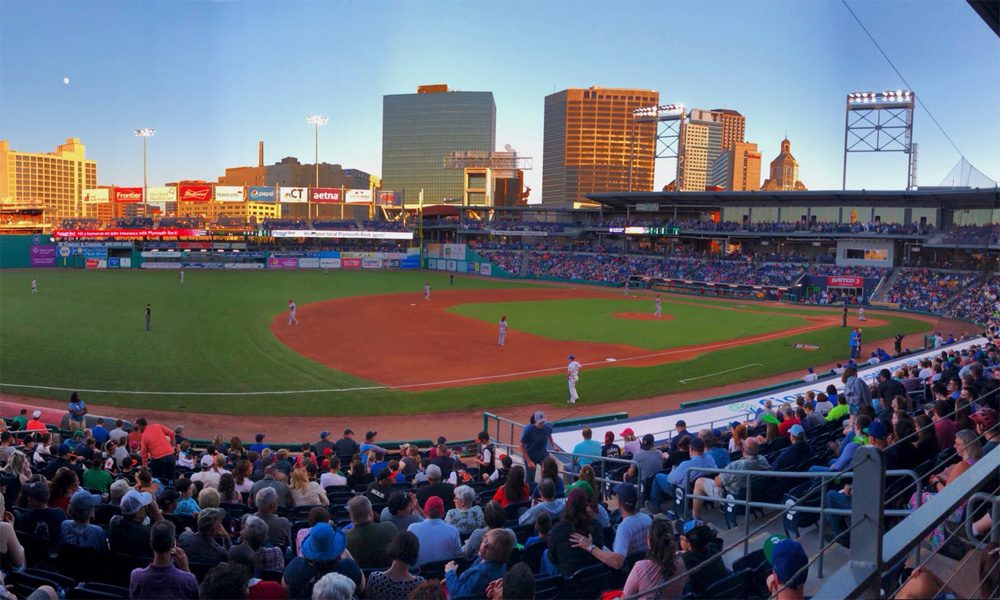 The Yard Goats opened a four-game homestand Monday night with a win over Richmond before another sellout crowd. (Photo courtesy Hartford Yard Goats)

HARTFORD, June 25 – Pitcher Evan Grills had his best outing of the season Monday night to help Hartford Yard Goats reach the .500 mark with a 5-0 Eastern League shutout of the Richmond Flying Squirrels before yet another sellout crowd at Dunkin’ Donuts Park – the 21st sellout of the season.

Grills, attempting to come back from Tommy John surgery on his elbow, threw six shutout innings, allowing six hits, walking three and striking out three. The native of Canada pitched with runners on base in every inning outside of the first inning but managed to pitch his way out of trouble.

Richmond left eight runners on base against Grills and 13 in the game. The Squirrels (38-36) had eight hits in the game and were 0-for-15 with runners in scoring position. Sean Nolin, Logan Cozart and Matt Pierpont came out of the Hartford bullpen to pitch the last three innings

The Yard Goats (37-37) have won three straight games and seven of their last nine contests.