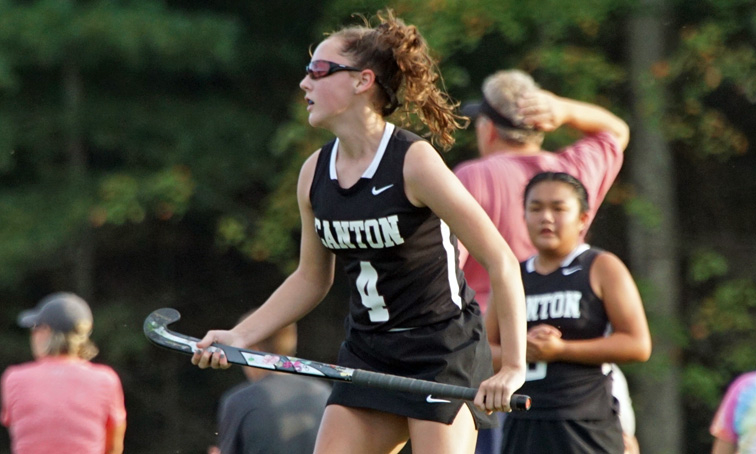 SOMERS, October 10 – A day after a tough three-goal loss to Suffield, the Canton High field hockey rebounded with a 2-1 victory over Somers Wednesday in North Central Connecticut Conference action.

Canton’s leading scorer Fiona McNally had two goals for the Warriors, who evened their record at 4-4 overall and 3-4 in the league. McNally has scored nine goals thus far in eight games.

McNally gave Canton an early 1-0 lead with a goal with 12:08 remaining in the first half. McNally made it 2-0 scoring with 1:21 gone in the second, scoring off an assist from Abby Charron.

The Warriors dominated the contest with a 16-2 advantage in shots on goal and a 6-1 advantage in penalty corners. Goalie Jessica Szczepanski made three saves to earn the victory.

Somers (0-10, 0-6 NCCC) was led by Haley Swan, who cut the Warrior lead to one goal scoring off an assist with Erin Anthony with 22:32 remaining in the game.

Bill Brewster contributed to this article