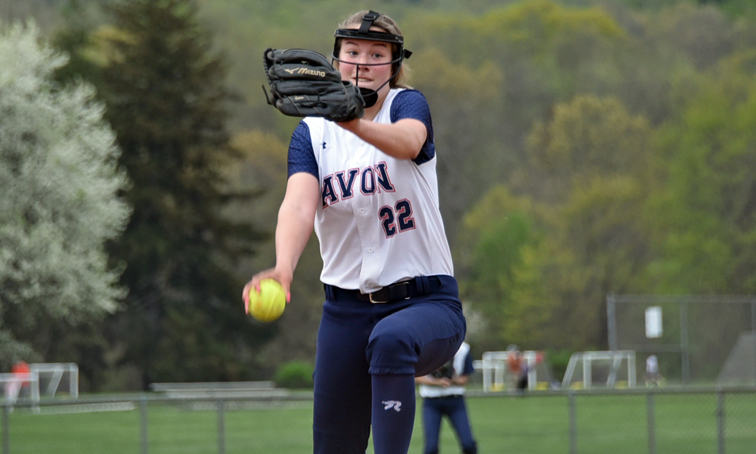 Avon pitcher Jackie Pengel struck out 14 batters in Friday’s Class L second round game against No. 4 Brookfield but the No. 13 Falcons fell to the Bobcats, 7-0

WATERBURY, May 31 – It’s been a turnaround season for the Avon High softball team.

Avon won their first CIAC tournament game since 2000 with a 5-2 win over East Lyme in the first round of the Class L tournament earlier this week.

Avon (13-9) managed just three hits. Elizabeth Jerger was 2-for-3 while Pengel had a single.

Brookfield had nine hits and took advantage of seven Avon errors to control the contest. It’s the third time this season that the Falcons have committed seven errors in a game and they lost all three contests.

The Bobcats took a 2-0 lead in the third inning. Lalia Cofone singled and scored on Emily Parchinski’s triple. Parchinski scored on an error in the outfield.

In the fourth inning, Brookfield’s Adrianna Fiori led off the inning by reaching on an error. Avery Katz reached on a bunt single but a throwing error on the play allowed Fiori to score and Katz to reach second base.

Parchinski followed with an inside-the-park home run that drove in two runs and pushed the lead to 5-0. Parchinski was 2-for-4 with a triple, home and three RBI. Cofone and Katz each had two hits for the Bobcats. Brookfield advances to face No. 5 Windsor on Sunday at 1 p.m. in Brookfield in the quarterfinals.