It was a really hot time at Collinsville HOT this year

CANTON, July 20 – The name has always been appropriate. But it really meant something on Saturday in downtown Collinsville.

The fifth annual Collinsville HOT festival was held in scorching conditions. Temperatures in Collinsville were 98 throughout most of the day. Coupled with humidity, the heat index was an estimated 108 degrees. It was 83 degrees when the final band completed their set at 10 p.m.

There was plenty of water available and the Town Hall was available throughout the afternoon for a cooling place to escape the heat for a few minutes.

Despite the heat, children and those young at heart that came out to Collinsville were entertained by seven musical acts. Visitors enjoyed the magic of Peter James, played games in the Chill Zone and browsed through the tents of more than two dozen vendors and local businesses.

Of course, ice cream, snow cones and popsicles were a big hit along with crisp, cold water.

It did cool off a bit for the annual fire show with Matica Arts at 7:30 p.m. as the temperature dropped slightly with the sun setting and a slight breeze rippling up Main Street.

We’re proud to be one of the many local sponsors that helped bring this event to you. We snapped a few photos on Sunday. Take a minute to relive the fun. 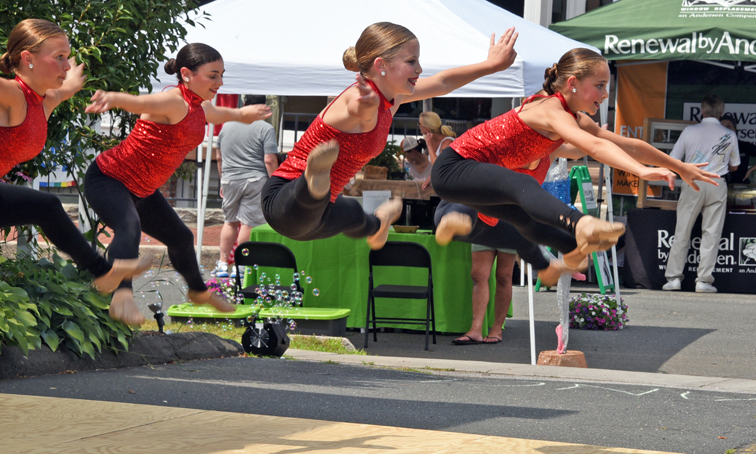