Farmington looks for another winning season 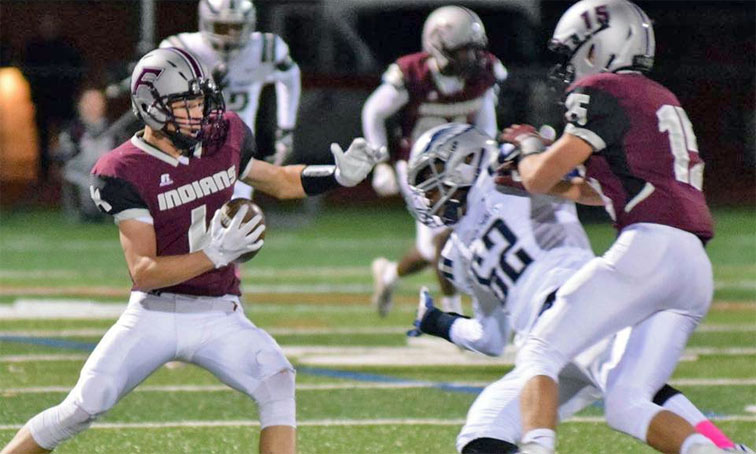 A year ago, the Farmington High football team posted their first winning season since 2013 with a 6-4 record – losing to four teams that qualified for the CIAC playoffs (Middletown, Windsor, Maloney, Platt).

Behind returning quarterback Jake Conrad, the Indians are looking for their second straight winning campaign. Conrad completed a school-record 146 passes for 1,518 yards and 14 TDs. It is the second-highest number of yards in a single season. Only Jeremy Buck in 2013 threw for more yards (1,633).

The Indians open the season on Friday night at George Bennett Field at the high school when they host Maloney at 6:30 p.m.

NOTES: Farmington closed out last season with three straight wins including a 18-17 win over Plainville on Thanksgiving morning. The Indians erased a 10-point lead scored the game-winning touchdown in a three-yard pass from Conrad early in the fourth quarter.

Canton girls get back on winning track with victory over HMTCA