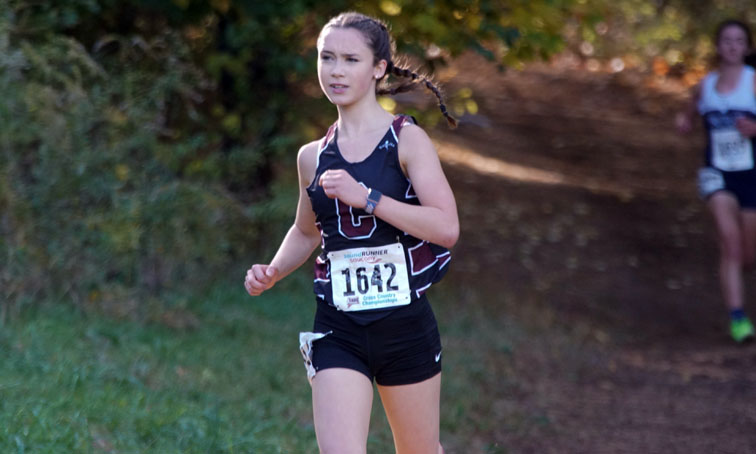 Wolcott’s Kathryn Rodrigues won the race with a time of 18:59 while Caputo was in a pack of three runners contending for second place. Caputo finished fourth with a time of 19:39 just behind Immaculate’s Ailene Doherty (19:35) and Rocky Hill’s Elizabeth Stockman (19:38).

Caputo will be running in the State Open for the second time in her career. She ran as a freshman when the Warriors qualified as a team.