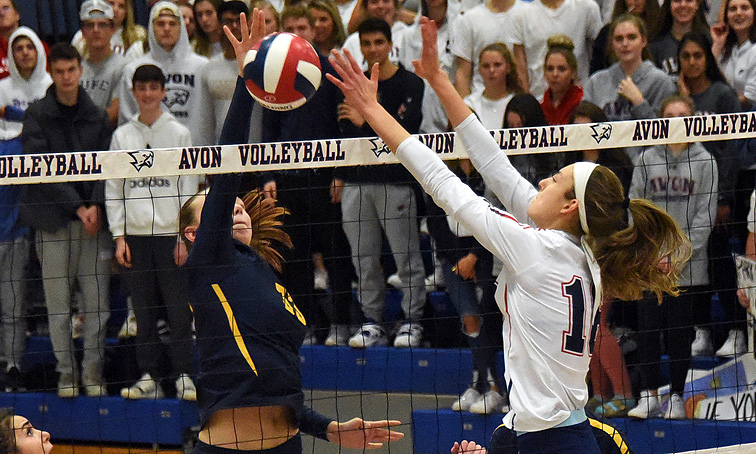 For the first time in school history, the Avon High girls volleyball will play for a state championship.

The Falcons tied a season-high with 12 blocks and finished well to beat RHAM, 3-2, on Wednesday night at Sport Science Medical Academy in Hartford to earn a berth in Saturday’s Class L championship match.

The twelve blocks tied a season-high for most blocks in a game. It was enough to keep the Sachems (22-2) from building big leads – something they did successfully in the CCC Tournament victory. 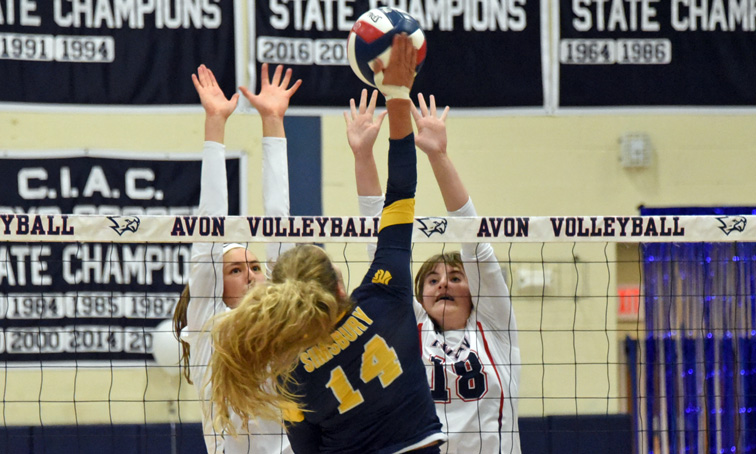 Abby St. Onge, left, and Eliza Jones go up for a block in the CCC Tournament. Avon beat RHAM on Wednesday night to earn a spot in Saturday’s Class L championship game.

The return of junior hitter Kelli Raines at opposite hitter was very helpful while freshmen Josie Power and Katelyn Wankier played well.

Avon grabbed an eight-point lead in the opening game, 16-8, before RHAM cut the lead to two, 22-20 but the Falcons were able to close out the win with a 25-22 win. RHAM took a 2-1 lead with a 25-18 win in game two and a 25-23 thriller in game three when the Sachems won three straight points to secure the victory.

RHAM had played in five of the last six Class L championship matches winning three times in 2017, 2016 and 2013. Avon was making their first semifinal appearance since 2005 when they lost in the Class M semifinal to Seymour. 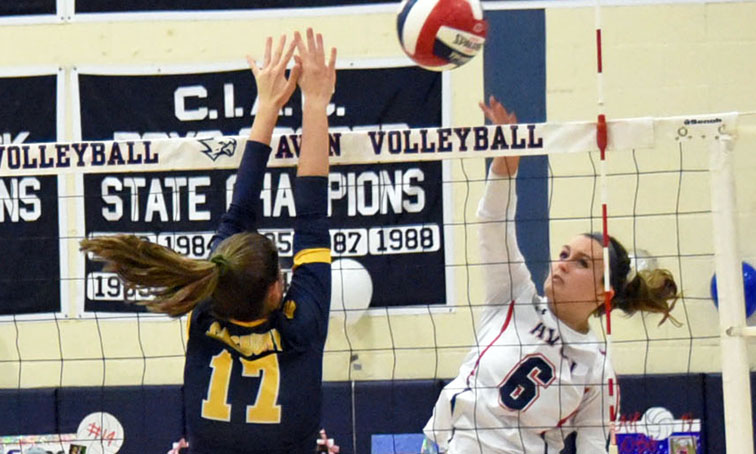 Avon senior Baylee Braun (6) puts down a hit in in a victory over Simsbury earlier this year.

Canton’s mascot review committee will have at least 17 members