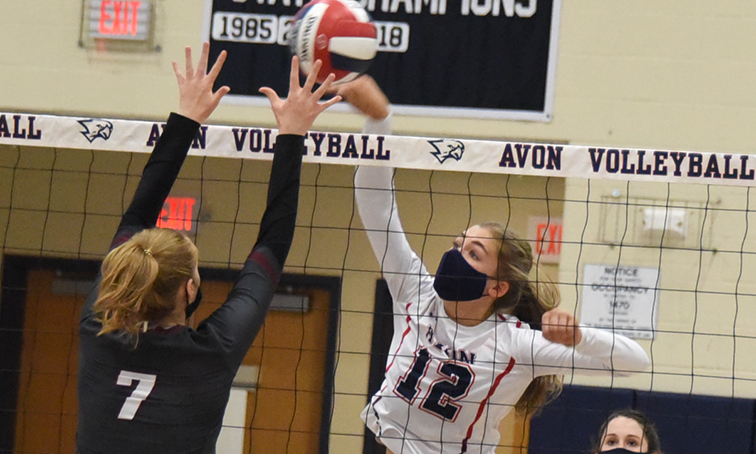 SOUTHINGTON, Oct. 13 – Jocelyn Powers had 28 assists and Skyler Blackinton had nine kills to lead the Avon High girls volleyball team to their fourth straight win with a 3-0 victory over Souhington on Tuesday night, 25-21, 25-10 and 25-7.

Since dropping the opening game of a four-set win over Farmington on Oct. 2, the Falcons (4-1) have won 12 straight individual games and four consecutive matches.

Kelli Raines had eight kills while Eliza Jones had four blocks. Wren Worth had 12 digs as part of Avon’s solid defensive play. Southington slips to 2-3.

Avon returns to action in the CCC B region when they host Plainville on Thursday at 5 p.m.