Record-breaking day for Bottoms Up 5K Turkey Trot in Avon 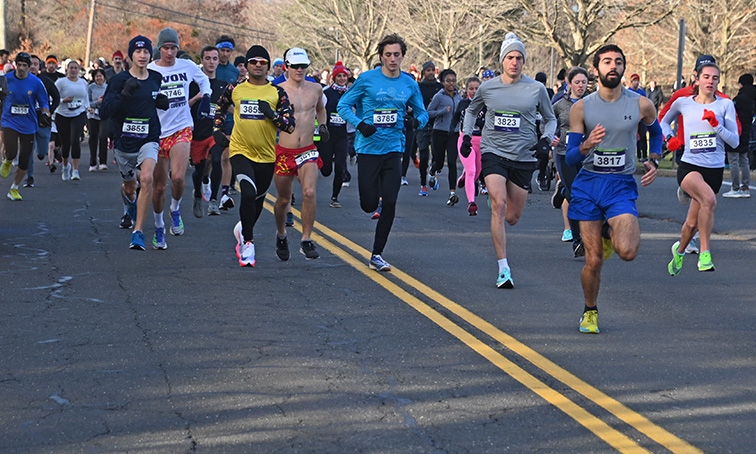 Runners take off at the start of the Bottoms Up 5K Turkey Trot Thursday in Avon. Sean Oushana of Newington (3817) won the race with Rocky Hill’s Elizabeth Stockman (3835) finishing second overall.

AVON, Nov. 25, 2021 – It was a record-breaking day for the fourth annual Bottoms Up 5K Turkey Trot at Thompson Brook School Thursday in Avon.

And on the course, there were a pair of record-breaking performances from Newington’s Sean Oushana and Rocky Hill’s Elizabeth Stockman, who both broke course records Thursday.

Runners donated over $2,300 during the registration process, according to race director and founder Dawn Zavalishin. Bristol’s Nichole Michaud was the top individual fundraiser with more than $600 raised while the Bad to Crohn’s team raised nearly $600. 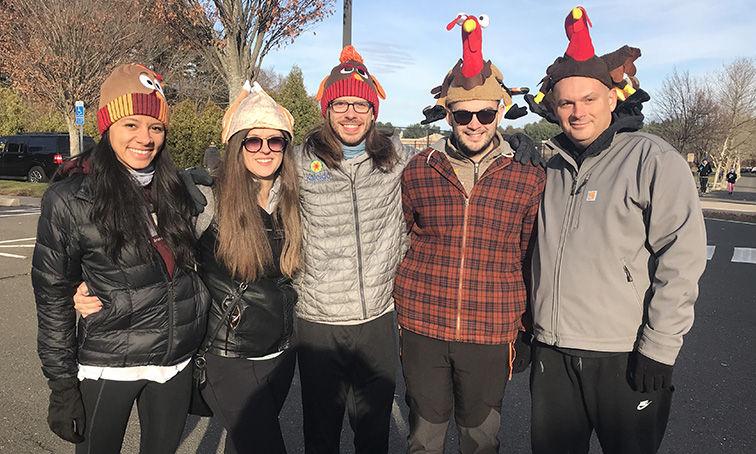 This group of runners from West Hartford came to enjoy a morning run on Thanksgiving in Avon.

Funds raised at the race are donated to hospitals, medical centers, Pediatric Centers for IBD (inflammatory bowel disease), and physician offices across the country to help patients and families with expenses associated with Crohn’s Disease and Ulcerative Colitis such as health care costs, hotel stays, meals, gas, and more.

“We are very blessed,” Zavalishin said. “And it’s the warmest day we’ve had for the race so we’re super excited.”

It was sunny with little wind and temperatures in the mid 30s on Thursday morning when the race began on Thompson Brook Road a little after 9 a.m.

Families came out to run and walk. Some were dressed up in holiday costumes to get in a little workout before sitting down to a holiday dinner later in the day.

This group of runners from West Hartford make a morning road race part of their holiday tradition. In the afternoon, tradition includes a whiffle ball game.