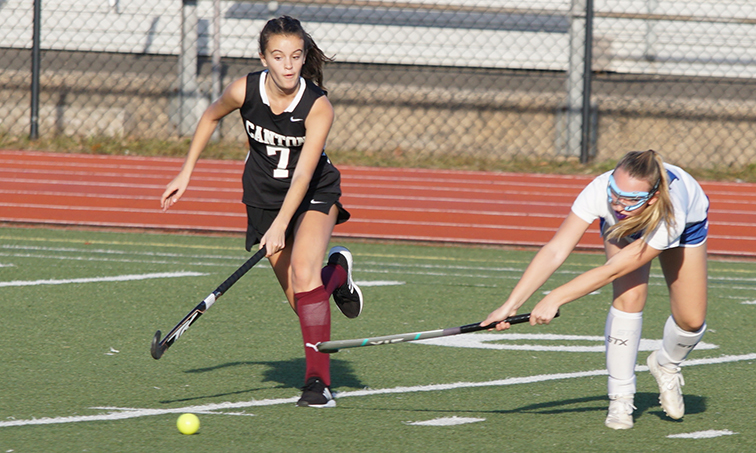 SOUTHINGTON, Oct. 14 – A pair of sophomores scored their first varsity goals in the span of two minutes to help the Canton field hockey team earn a 2-0 win over Southington in CCC Region B action on Wednesday afternoon.

Canton goalie Sadie Barker made six saves in net to earn her third shutout of the season. The Warriors improve to 3-2 on the season while Southington slips to 0-2-2.

It was just the third meeting ever between the two schools in field hockey and the first since a two-game series in 2016. Canton leads the series, 3-0. 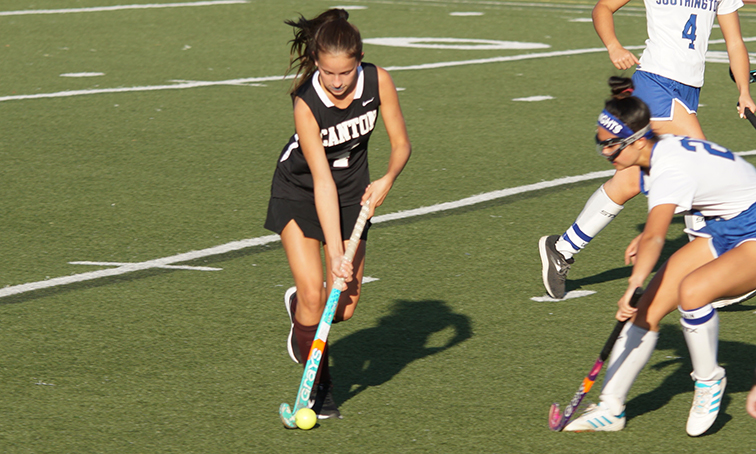 For the seccond time in three games, Canton’s Elle Bahre, left, has had an assist in a Canton victory. (Photo courtesy Bill Brewster)

The Warriors return to action on Thursday when they face an old rival for the first time since 2013. Canton will host undefeated Avon (4-0) at 6:30 p.m. on the turf field at the high school.

Avon was supposed to face Simsbury in a battle for first place in CCC Region B but the game was cancelled until Nov. 6 thanks to rain on Tuesday afternoon.