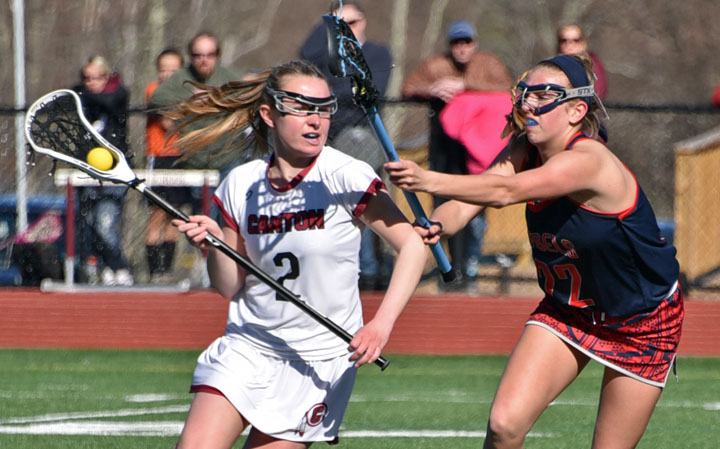 It was the 23rd consecutive NCCC victory for the Warriors, who improve to 15-2.

Maeve Balavender had four goals for Canton while Abby Charron and Ashley Huff had three goals each. Goalie Courtney LeFave had 11 saves in net to pick up the victory.

Somers, who upset No. 2 Granby in the league semifinals 13-8, were led by Brie Bernier with four goals and Ashlie Delskey with two.

The two teams will meet for the fourth time this year on Tuesday in the first round of the CIAC Class S tournament in Canton. The Warriors are seeded No. 2 while Somers earned the No. 15 seed.

After missing football, Mackin excited to be on the basketball court