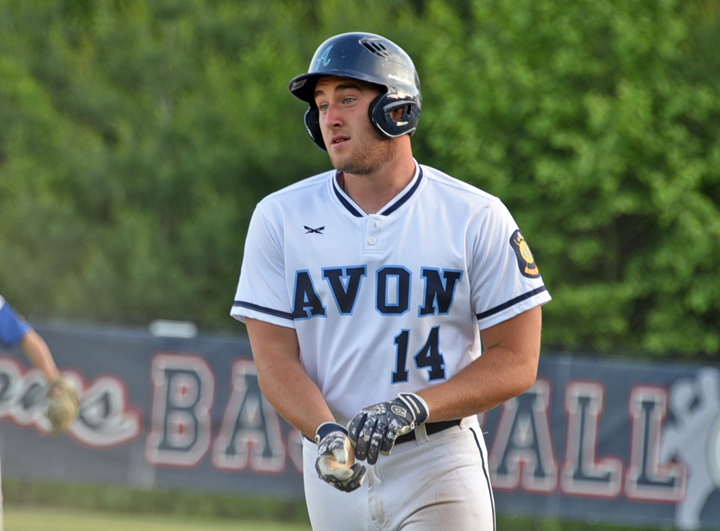 PLAINVILLE, June 21 – Justin Zarwanski had two hits including a three-run home run in the first inning to help lead the Avon American Legion baseball team to an 11-0 Zone 1 victory over Plainville on Thursday night.

Zarwanski had two of Avon’s 10 hits in the game. Dylan Nastri, Ryan Ollestad and Will Thramann each had two hits for Post 201 with Ollestad hitting a double. Avon starting pitcher Connor Harris improved to 3-1, going four innings, striking out five and giving up just one hit – a single to Nate Michalek in the fourth inning.

Plainville (1-6) was hurt by six errors. Dylan Nastri closed out the contest for Post 201.

Avon (6-1, 5-1 Zone 1) returns to the field on Saturday for a non-league doubleheader at Branford. Post 201 returns to Zone 1 play on Sunday when they travel to Torrington for an 11 a.m. start at Fuessenich Park.