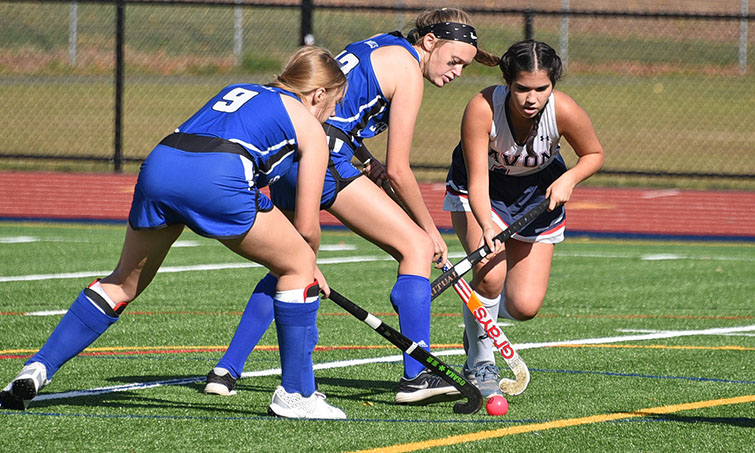 GRANBY, Oct. 7 – Izzy Russo scored her first goal of the year with 53 seconds left in the second period to lead the undefeated Avon High field hockey team to a 1-0 win over Granby Wednesday night in CCC Region B action.

Russo got the assist from Meg Gibley to get the game-winning goal. Falcon goalie Katrina Frez made eight saves in net to pick up her second shutout of the season.

The race between the Avon High girls cross country team and Farmington was a bit closer but with four of the top six finishers, the Falcons prevailed, 23-34 to improve to 2-0 on the season in CCC Region B action. 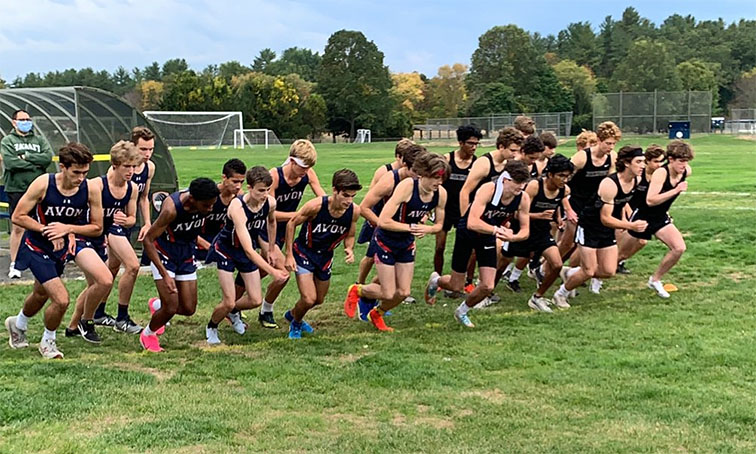 Avon took six of the top seven spots in the boys junior varsity race with Nick Bailey winning the race.

The Falcons, who celebrated Senior Day before the meet, return to action next Wednesday when they race against New Britain at Stanley Quarter Park and return home to Fisher Meadows to face Lewis Mills on October 16.

GIRLS SOCCER
Avon 6, New Britain 1
AVON, Oct. 6 – Anna Loveless had two goals while Cache Chisholm had a goal and three assists to lead the Avon High girls soccer team to their first win of the season Tuesday with a 6-1 win over New Britain in CCC Region B play.

Suffield 4, Canton 0
CANTON, Oct. 6 – Suffield (1-1) won their first game of the season with a shutout win over the Warriors on the turf field in Canton.

BOYS SOCCER
Suffield 2, Canton 0
SUFFIELD, Oct. 6 – A few days after scoring seven goals in a season-opening win against Windsor Locks, the Warriors (1-1) came up against a strong Suffield squad and were blanked, 2-0. Sam Potter and Alex Harfouch scored for Suffield (1-0-1). Jackson Heon made seven saves in net to earn the shutout for the Wildcats.

Make your voice heard and vote on Election Day