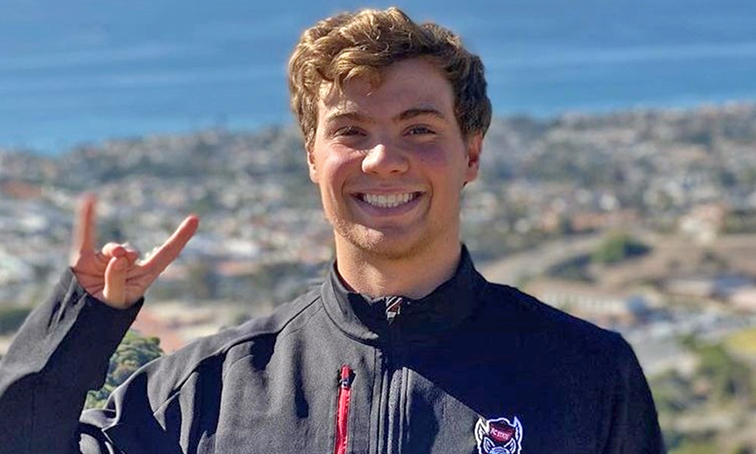 Canton’s Will Gallant, set a new Olympics Trial record in the 800 meter freestyle and is the No. 1 seed in Thursday’s finals.

Canton’s Will Gallant may be less than eight minutes away from qualifying for the U.S. Olympic team.

The 19-year-old swimmer finished first in qualifying for the finals of the men’s 800-meter freestyle Wednesday in Omaha, Nebraska, at the U.S. Olympic swimming trials at the Chi Health Center. Gallant had a personal-best time of 7:53.76 seconds to claim the top seed.

The top eight swimmers among 49 in the event moved into Thursday night’s final scheduled to begin at 8 p.m. on the NBCSN cable network. The winner of the event will earn a berth on the U.S. Olympic team and chances are strong that the second-place finisher will earn a spot on the American team as well.

Gallant dropped nearly four seconds from his previous best time in the event at the TYR Pro Series meet in Mississippi in April. His time is a new Olympic Trials record in the 800 meters.

It’s the second fastest time by an American this season in the 800 meters. The University of Florida’s Bobby Finke swam a 7:53.05 at the U.S. Open last November.

Gallant won his heat by 1.22 seconds over Michael Brinegar, a former teammate from the University of Indiana. Gallant, who graduated from Canton High in 2019, spent one season with the Hoosiers before going to California this past year to train with the Mission Viejo Natadores.

Gallant will also be challenged in the final by the Finke and Ross Dant of Hickory, N.C. Finke had the second-best time in qualifying, just 0.26 of a second behind Gallant. Finke beat Dant by 0.96 of a second in the seventh and final heat.

Gallant will be one of two Connecticut swimmers in the final. James Plage of Glastonbury grabbed the No. 5 seed with his time of 7:56.87. Plage is on the North Carolina State swim team along with Dant. Gallant will be joining the Wolfpack program in September.

Since this is the first time that the men’s 800 meter has been held at the U.S. Olympic Trials, Gallant is the first man to hold the trials record in this event.

The 800-meter freestyle returns to the men’s swimming program at the Olympics for the first time since 1904 when competitors swam 800 yards.

This is the second of three events that Gallant will swim at the Olympic Trials. He was 15th in the 400 freestyle on Tuesday and will swim in the 1,500 meter race this weekend.